I'll be out of my office the week of August 8-14 for travel and my table at Steel City Con in Pittsburgh. Readings may be delayed one extra week depending on how quickly I can catch up. If you have questions, feel free to email or shoot me a DM on Insta.
Intuitive Blog
« Back to Intuitive Blog
|

Excerpt from Experiences with Extraterrestrials, Sasquatch, Interdimensionals, and Others, book four of the Awakening series.

October 15th was a fascinating day about the sudden onset of climate change. I opened a wormhole, viewed my star map index, and spun through to my destination somewhere in our galaxy. An icy planet appeared.

Ice covered half of the planet.

Water covered the other half.

I felt myself pulled to a location on the planet. Moving through the clouds to land on the water, I stared with awe at a giant, flash frozen wave lifting into the air.

I felt the wave with my hand, running it along the freezing cold, smooth surface.

“It’s been that way for thousands of years.” 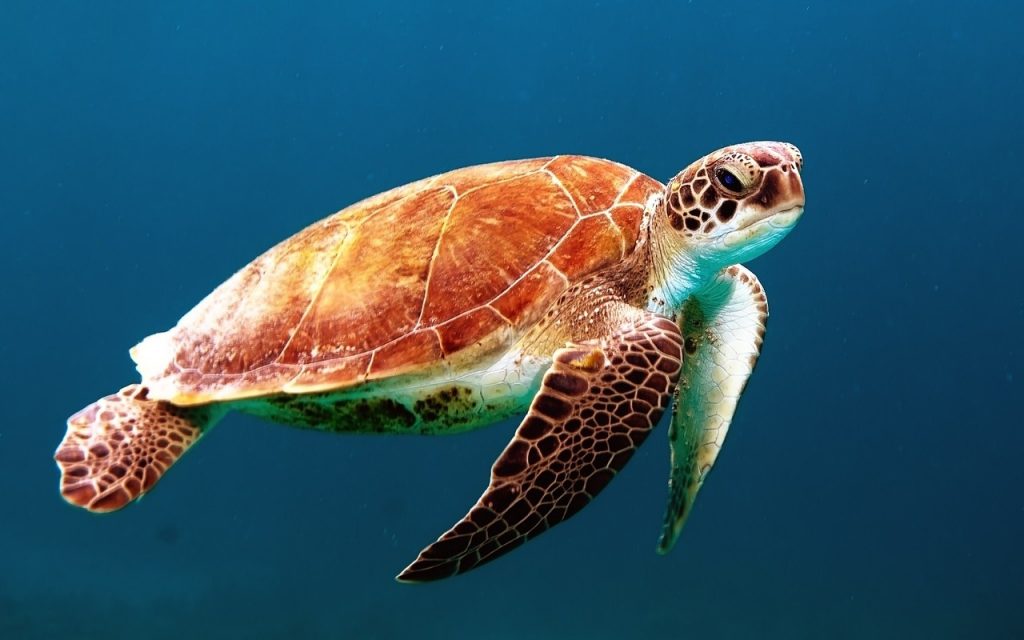 Turning around, I found a being with a long neck staring at me. It wasn’t The Master, who I would’ve expected to tag along with me at the time. It stood like a human, only it had a turtle shell on its back.

It said, “The planet is warming now. Soon it will melt.”

I looked at the wave they indicated. This giant, flash frozen wave would melt. Would it come crashing down? I imagined it would fill the oceans, raising their levels even more.

Around us, I viewed melting icebergs floating in the ocean after breaking away from the large, icy landmass.

He said, “It’s like your Antarctica.” As though it’s not even a question in his mind, he said, “Your government knows.”

He reminded me of my turtle statue, one we named Filbert after the Rocko’s Modern Life character. For some reason, “Fred” pops into my mind.

The turtle being said, “I like Fred. We are not the statue. We are very physical.” He saw the images of my statue cross my mind, wondering if there is somehow an energetic connection like the one you’ll read about with Fredrik, a gargoyle, later in this book.

I asked, “Do star people come here?” You’ll notice I never say aliens, grays, or other terms that are offensive to some. It’s always “star” or “sky” people, terms everyone understands.

Fred said, “We don’t need the star people.” He tapped his head.

I immediately understood. They travel through consciousness to meet the star people without ever leaving the planet or needing to physically meet them. Technically, I’m a star person to Fred, and Fred is a star person to us. 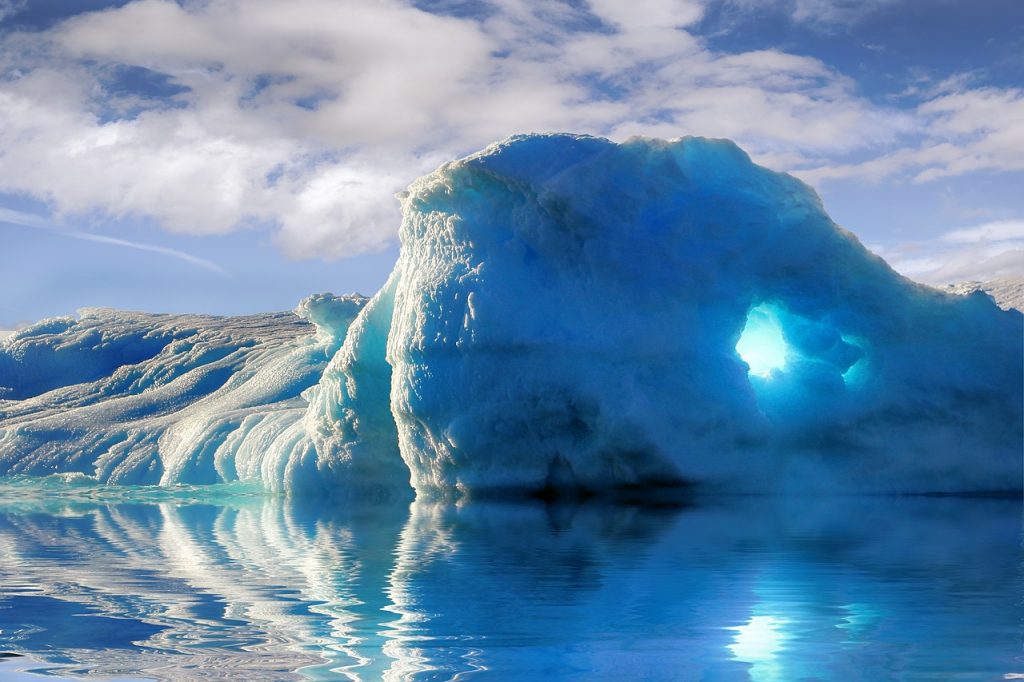 Fred’s Message About Climate Change, a Warning We Already Know

Something like a whale jumped in the water not far from us.

Looking up, I saw a gas giant on the horizon with a sun already in the sky.

Fred said, “Most planets are around gas giants. Many more dead, unformed stars than you think.”

I asked, “I’m seeing this because this is coming, right?”

Fred said, “It will happen soon to your world.”

“Will we survive the ice age?”

“Will it come in my lifetime?”

Now, before I make this statement, I want people to understand something. I hate timelines. It’s my belief that time is not fixed, but is more fluid. We have our purposes, our duties, but our decisions can affect the future. As physical beings, we have the ability to choose. Many might call this manifest destiny—a destiny we have to manifest on our own, one written on the scrolls of time, but one that only comes to fruition if we choose.

Keep those two ideas in mind when you read the next statement. I debated on whether to include this statement. My goal is not to make people fearful, but to deliver the information as it is given.

When I asked, Fred answered, “Possibly in the next twenty to fifty years.”

That’s a powerful thing to understand if he meant it within our concept of time. I believe he meant it, but I understand timing is misleading when working through consciousness. It can also be altered by our decisions. There’s a possibility, slim as it is, that we get ourselves in gear, unite as a world, and fight off climate change to keep the next ice age at bay.

Either way, it’s coming. Science and history have shown time and again, there’s no getting out of another ice age. It’s part of Earth’s balancing act. The problem is, we’ve accelerated the onset with climate change. It’s our choice to slow it down or continue speeding it up. 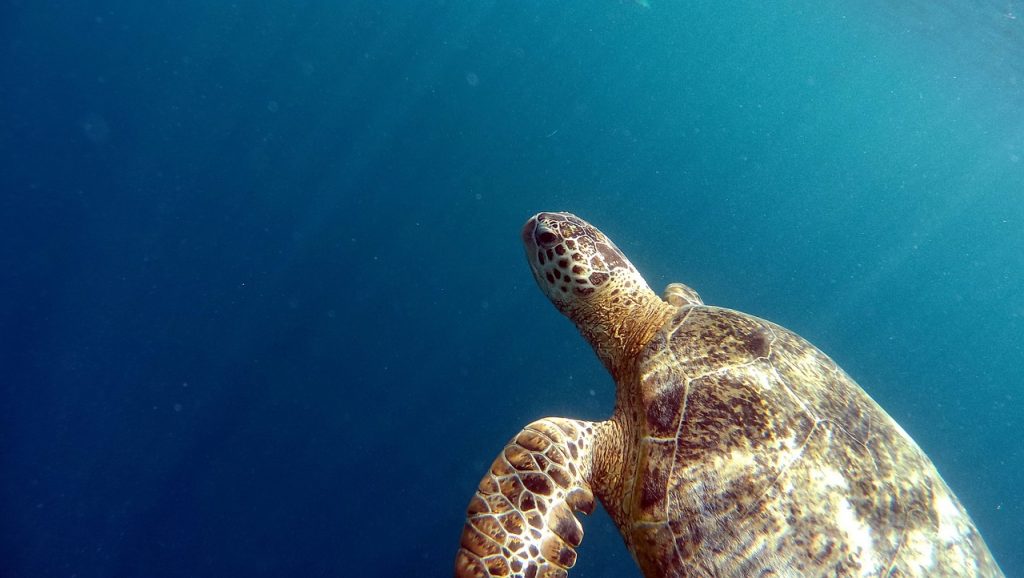 Traveling the Oceans of Another World

He felt my focus falter. “Feel my shell and focus.”

I felt the shell, the lines, the imperfections synonymous with a turtle shell. Fred started to purr with elation. The funny thing is, if you ever have the chance to pet a turtle, they really do love their shell being pet.

Not understanding the physicality of my energy at the time, I asked, “You can feel that?”

“I can feel the pressure. It’s pleasant.”

“Is there more than just water?” I wondered if there was land hidden away somewhere. There’s some confusion rolling in my mind too. How does Fred, a cold-blooded creature on Earth, survive in frigid waters if he was cold-blooded?

He said, “Far in the distance.”

“You’re a turtle. How do you stay warm?”

Fred said, “Come with me. Focus on my shell.” He jumped into the water, swimming into the ocean.

Creatures abound in this ocean. There are animals living on this world I can’t even begin to describe, animals only existing in our imaginations, both creative and not.

We pass through a volcanic vent near the ocean floor as it heats the surrounding water and warms the crust. I felt the warmth. Swimming away, he took us to another vent, stopping briefly at each one.

I felt his happiness at the prospect of their world warming. In space, I saw half the planet covered in ice. My imagination can’t comprehend what it means for their world to melt, reveal their histories, and likely reveal masses of land hidden for ages. 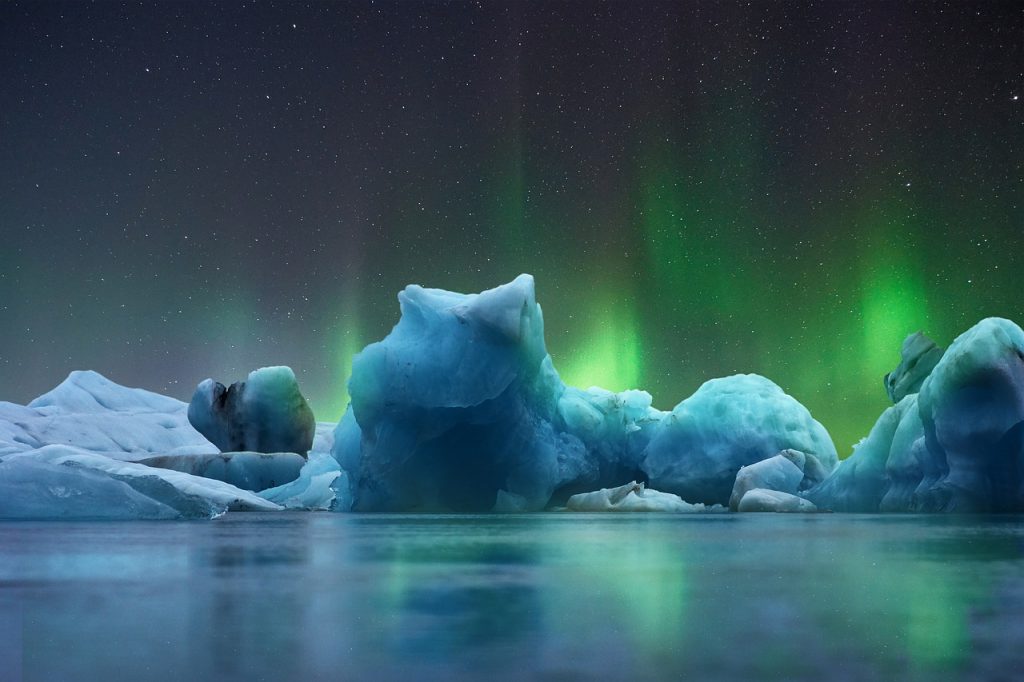 Their Message Came to Me as a Book Years Earlier

This encounter happened when I worked on rewriting Frozen, a standalone Fae Awakening story about a character chasing down his revenge in a frozen hellscape, one brought on by the next ice age.

I thought my mind was being affected by the writing.

Fred said, “Frozen is part of the message.”

My guides were adamant—I can’t describe how adamant—that I finished Frozen before moving onto the next book. I felt like there is a message in that book meant to reach at least one person, maybe many. The themes involve climate change and the devolution of humanity, two things I hope I never have to experience, but unfortunately, I’m seeing the signs of both in this lifetime.

Fred continued swimming. As he did, my focus faltered more. It’s really hard to stay focused, maintaining a connection while doing this work. The focus gets better with time and practice, like anything we do well. Water seems to have a friction-like effect on my travel, too. It creates resistance, resistance that fights against my connection. The deeper the water, the more the resistance to my energy.

Many thoughts passed before I suddenly woke in the bedroom where I meditate. I wondered what those thoughts were, hoping I didn’t lose anything important.

Abu, a guide you’ll read about under the section on interdimensionals, said, “You lost the connection a while ago. Those were just thoughts.” He let me know to ignore them.

The resistance had grown too strong, forcing me back into my body. Sometimes the body grows tired where you fall into a half-sleep state, the state where you can’t tell if you’re awake or dreaming. Those thoughts were happening in that state.

After Abu’s comment, Fred popped into my mind through conscious connection. He smiled, letting me know I received the message, and we were now conscious friends.

I haven’t seen Fred since October, but in writing this, I’ll probably invite him to meet again so I can learn more about his world, the fantastic ocean life, and the melting ice.

Read More About My Experiences and Their Messages

Click here to find out more about my Experiences with Extraterrestrials book. 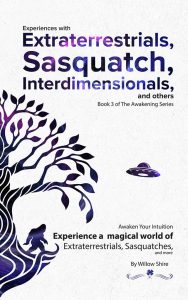 What Do You Know?

There are two things I believe are the most important in any spiritual quest. It’s the only thing I ever ask of anyone. I don’t ask people to believe me. My experience is magical, fantastical, something I wouldn’t have necessarily believed twenty years ago. Visitations from extraterrestrials, camping surrounded by

Are The Greys Real? An Extraterrestrial Encounter.

Zetas, commonly referred to as Greys (or Grays, depending on how you prefer to spell it), are the most popularized form of extraterrestrial life forms. When asked, most people will give you a description of aliens with enormous heads, short bodies, big oval eyes and grey skin. Are They Extraterrestrial?

Are Reptilians a Real Extraterrestrial Species?

One of the most popular species of extraterrestrials is the reptilian. This being is believed to be a large, lizardlike creature with immense strength. Many say it stands taller than most men, sometimes eight or nine feet in height. The real question is, is the reptilian real? In my search