Hotels are public places for travelers to use as needed, but humans forget they aren’t the only travelers. Every time I go to a hotel, I make a new friend. It’s as though the travel outside of my home brings me to the right place at the right moment to meet someone magical. Every single time.

On my trip to Steel City Con, I picked out a rundown Days Inn with some horrible reviews. I almost switched back to a Super 8 that wasn’t the best of physical human experiences because of uncleanliness—although I woke up to three witches standing in my room performing a ceremony and an angel moving through the room later on, which were both magical.

My guides said, “Go to the Days Inn. Don’t worry about the reviews. You’ll have an amazing time there.”

I pulled into the Days Inn and it was far outdated, in need of major renovations on the inside and outside. The reviews of the staff I understood since people judge books by their covers, but I judge based on actions. The staff, although their appearance was rough and resembled the low economy of the area, were extremely jovial and friendly to me.

Never judge a book by its cover—or a hotel.

I set up in the room, watched TV since I can’t focus in hotel rooms—too much public energy—and tried to relax into sleep, which also happened little in hotels.

Out of the corner of my eye, a head popped out of the bathroom. Much larger than a human, it had curved ram horns, a humanesque face with strange details, and scraggly hair. It watched me. 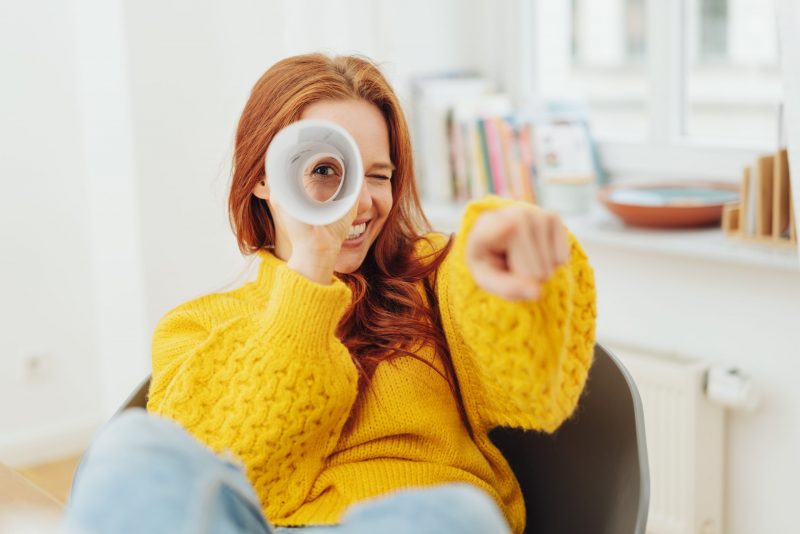 It grew surprised and retreated into the bathroom from where it came.

Then I fell asleep for a few hours. In the morning, I left an offering of oats and maple syrup, which Doug, my juniper gnome companion, and Angelica, a small angelic being, immediately enjoyed. They are my travel companions for the foreseeable future.

We left for the show.

I exited my car, and a raven swooped down to say hello. I’ve never seen a raven in PA with all the travel I do. This one came close, said hello, and went on its way. It’s a good sign for me, my friend Odin sending either Huginn or Muninn to let me know I’m in the right place at the right time.

The show brought many new friends and many old ones, physical and non-physical, I had not seen since before the life changes of last summer. Since deciding to leave that old life, I’ve finally been able to connect more powerfully to those worlds.

That night, my visitor returned. He didn’t just peek his head in. A being about seven feet tall, walked out of the bathroom on cloven feet. Hair covered his legs with moss growing along his skin and intertwining itself with his long hair. A bare chest connected to arms where hair grew sporadically once more. The spiral horns pulled to the side of a humanesque face that felt bark-like, with a black film of oil over the skin.

The colors were dark. Brown hair, tar-black skin with a moisture to it, and the greens of a forest clinging to his body hair.

He immediately sat beside my bed. “You can see me?”

“Nobody ever sees me.”

“You look like a Pan to me.” His form conjures images of the Pan from Pan’s Labyrinth in my mind.

“You can call me a Pan too. What are you doing here?”

“I’m at a convention selling books about my experiences with beings like you.”

“Ah, will you write about this?”

He held a box like object in his hand. It was a hexagonal shape or an octagon, but I couldn’t quite make it out. Blue energy filled the dark insides, glowing from the edges of the texture on the outside. The sides resembled honeycombs with strongly defined walls and thinner stretches between them where the blue energy lit the box.

He held the box with pride, playing with it in his hands.

“No, it contains secrets.” He raised the box to the edge of the bed. By this time, he knelt with arms rested on the bed beside me as we spoke. He looked at the box with happiness. “Inside are the secrets people have revealed to me.”

“Why do you collect them?”

He raised a hand and dragged a long, sharp nail against the box. Blue energy twirled away on his finger. He licked his finger as it dripped down. “They are delectable.”

It was obvious he was eating the energy of secrets.

I asked, “And how do you get secrets?”

“People come. They get drunk and share too much. Some argue. Some release while having sex. There are other ways.” He sent me images of him walking from room to room late at night where people partied, fought, and released secrets in other ways. The energy of those secrets permeated the air. His box pulled them inside, trapping them for his consumption.

Many may think he was a malicious being, but he wasn’t. His form took a resemblance to the demonized forms of Christianity, but like most stories from religion, these beings aren’t demons. This being was indifferent. He just wanted his secrets. There was no threat or feeling of overall benevolence. Like a human, he walked the gray of line of being good and bad, preferring to be left alone to do his work as a collector.

“Where do you come from?” 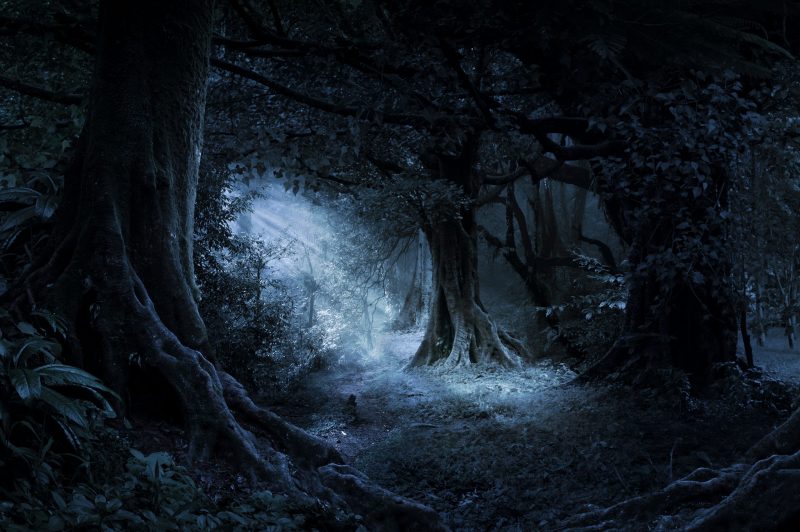 “There are doorways throughout the hotel. I am from the woods nearby.”

We talked about many things.

At one point, he asked, “Would you tell me a secret?”

“I know better than that.”

“Very wise of you. You know how to work with our kind.” He smiled, but I could tell he was disappointed, too. At the same time, he enjoyed the conversation with a human. He could’ve left at any time to listen to the others yelling at each other a few rooms away, people talking on the walkways outside, or to visit rooms far away from mine. Instead, he spoke to me. “Are you sure there’s nothing you can share?” 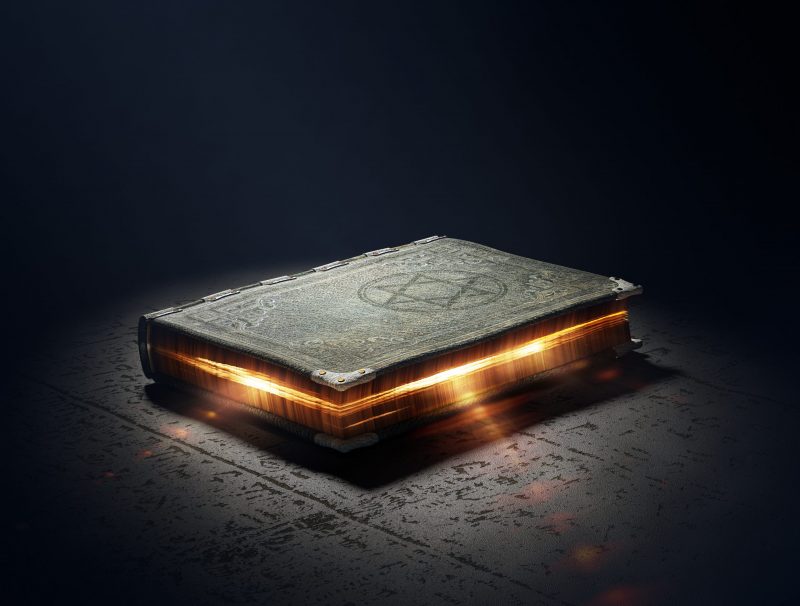 “And most of my secrets are not secrets. Doug and Angelica know many. My guides and others.”

Doug and Angelica were calm in his presence. That made me even more comfortable with him. Doug has been nervous on occasions with other beings, which puts me on alert. This being wasn’t a malevolent being.

“But it’s a secret from other humans.”

“Yes, they are.” I thought of one, known only to guides, Doug and Angelica, and a few others on this world. One I don’t consider a secret, but he did. And it’s more of a question I ask many of my visitors who have great strength in conscious worlds. I ask their advice, their answers, and it’s always the same. But it’s a good question that creates more conversation too.

A tiny bit of energy went his way. He thanked me for it. Not a true secret, but enough of one in our world to give him a small snack, an offering for conversing with me. We talked on and off throughout the night.

I couldn’t sleep with all the energy. 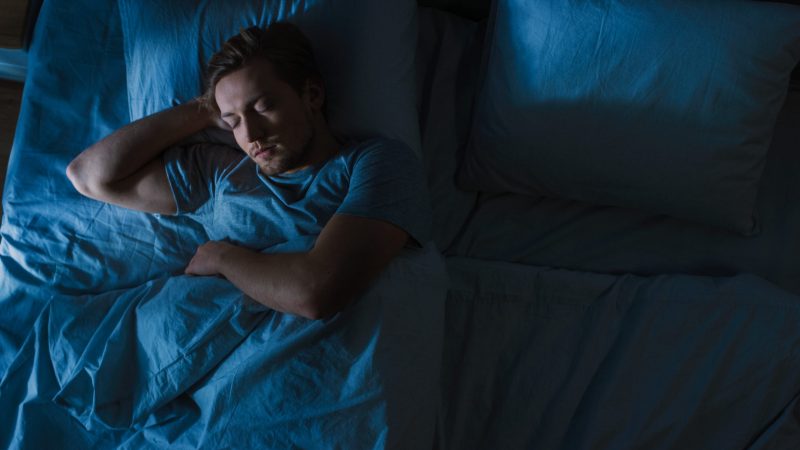 “I know.” It wouldn’t be the first time I’ve had help. I speak of one experience in my book, The Fae(ry) Experiences. “But I don’t need to. I’ll be fine. We can talk.”

“No, you need to sleep.” He spoke of the show, work I would do, and the energy I would need that day. This being could see into the future of my life—one of the busiest shows I’ve ever been to that reached maximum capacity with the fire marshal closing the entrance.

Within moments, I slept until it came time to rise at 7. The next night, I slept for about two hours from midnight to two am. Then I woke with energy. He came back and forth to speak with me on and off. I dozed off in that hazy state where your eyes are closed, you feel as though you’re dreaming, and you are still aware of the surrounding world. Then I left the hotel in the morning, happy to have made a new friend. 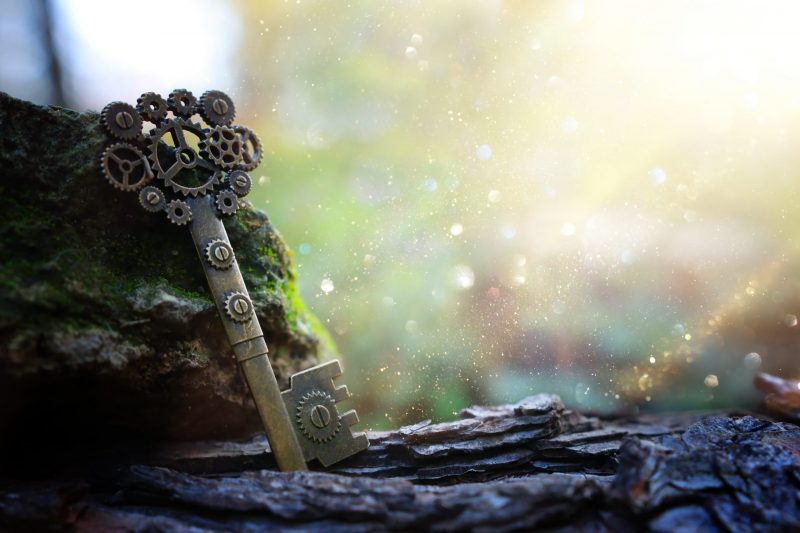 Maybe I’ll see him again. Maybe I won’t. I rarely stay in the same hotel twice.

But when you are traveling, the world around you continues to operate. Public spaces are available to others from other worlds.

Private spaces too, depending on the type of being. But in public, you never know who you’ll meet.

An ET walking through a convention, which has happened to me many times.

A shape-shifter sitting for breakfast in a hotel dining area.

Or a Pan siphoning the energy of secrets from those who are sharing.

Magical beings are everywhere if you awaken to the world around you.

Why Does Everyone Want to Blame Sasquatch?

Vending at conventions, I meet a lot of interesting people with concerns about the work I do. Some believe me. Some don’t. But I never ask for their belief. I tell them about my experience and what I’ve been told as it’s handed down to me. My friends go unquestioned

“Nighty night. Don’t let the bed bugs bite… while we shove tomes of knowledge into your head and make you think you’re crazy.” What Is a Spiritual Download? Downloads occur when our spiritual teams, guides, angels, extraterrestrials, and others interface with our bodies and send information to upgrade our body

What Do You Know?

There are two things I believe are the most important in any spiritual quest. It’s the only thing I ever ask of anyone. I don’t ask people to believe me. My experience is magical, fantastical, something I wouldn’t have necessarily believed twenty years ago. Visitations from extraterrestrials, camping surrounded by